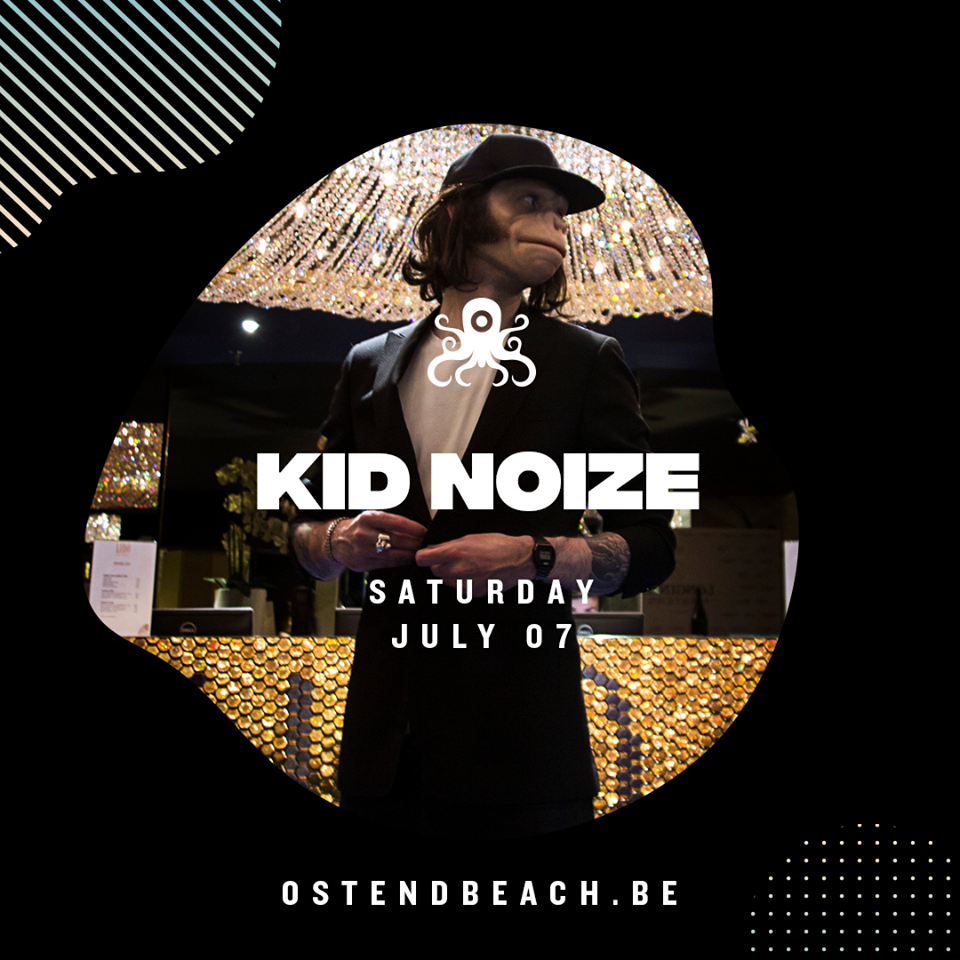 World’s No. 1 Beach Festival is set against a beautiful coastline, with ample space and the perfect atmosphere for the season. If you’re going to be in the area at that time, we definitely recommend checking it out, as the festival celebrates it’s 10th Anniversary in 2019! Electronic music brings the country’s north coast to life, as local and international artists build up the great summer vibe at the wonderful beach of Ostend.

It took just a few years to KID NOIZE to become one of the most acclaimed Djs in Belgium. He is the one and only DJ that has been nominated at the D6bels Music Awards in the best live performance category, next to Stromae and Girls in Hawai.

He also produced and directed many singles such as «Jackass», «Brooklyn », «Summer Legend», the brand new « Ocean», as well as «The Golden Age» and «Feed Me» produced for «Mustii», the young artist signed on Kid Noize’s label : Black Gizah Records.

Born in Brussels, Kid Noize moved to Charleroi in 2011. He sees the city as a new Berlin and has dedicated the clip « Elektropical », to his beloved city. He also collaborated on « Smoke on the Water » with Dirty Monitor and the city of Charleroi rewarded him with a « Beffroi de Crystal » for this very popular event.

Kid Noize’s numerous fans can’t wait for his first album to be released. « Dream Culture» will be available on 30th September 2016. In the meantime, don’t miss the many concerts of the « Man with a Monkey Face ».