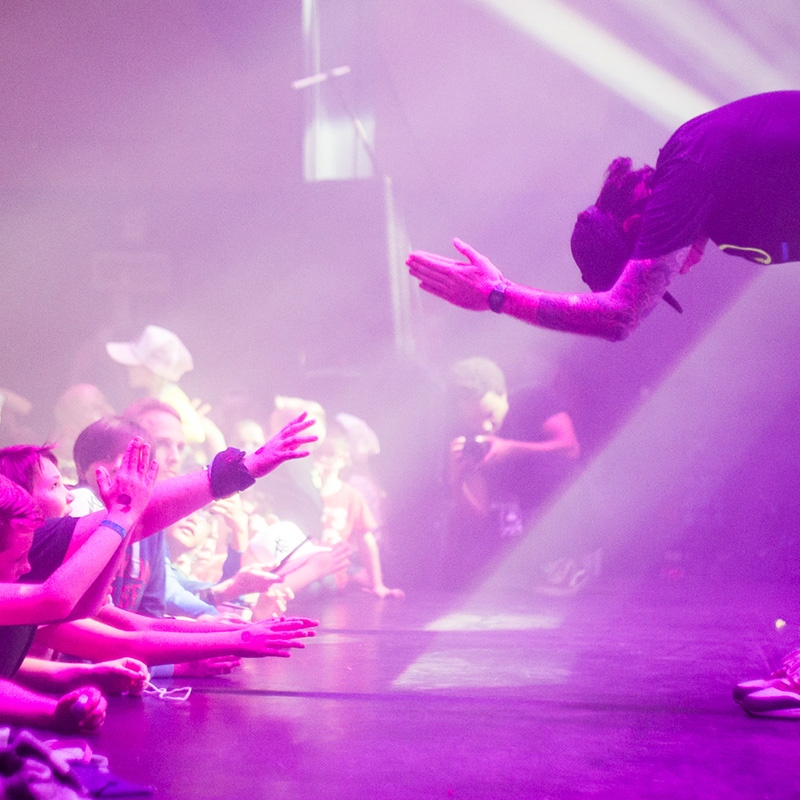 With its success at the end of 2017, Kid’s Club Kid Noize returns to Eden. !
In a few years, Kid Noize has established itself as one of the most influential DJs in Belgium. In 2015, he is the only DJ nominated at the D6bels Music Awards in the “best live performance” category alongside Stromae and Girls in Hawaii. The following year, Ocean is voted “hit of the year”. After releasing his first album Dream Culture and playing his live adaptation for a year, the Kid should unveil us a next album in 2019. Impatiens? Play, the first single released – which he signed with Rio Santana – has been available since last April.

See you in February for a weekend dedicated to kids! The “monkey-headed DJ” will share his travels, with the children, at the controls of his turntables and his synths, and will also present the first volume of his comic that will be released soon by Dupuis!

A weekend to live in rhythm and family.